Impact of the Botkyrka Project on Gender Equality and Youth Participation 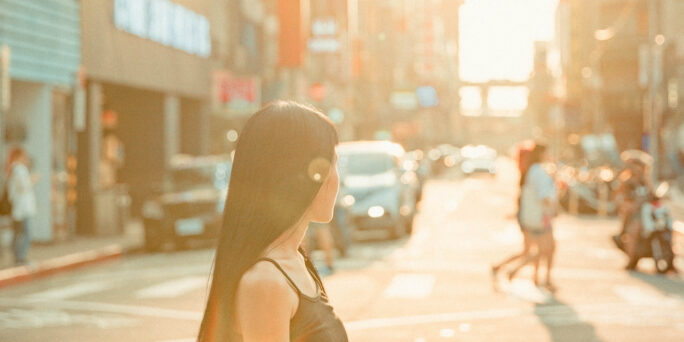 A Capability Approach perspective on #UrbanGirlsMovement, by Vittorio Esposito

When Global Utmaning started the #UrbanGirlsMovement, Botkyrka was chosen as the location for  the pilot project. It was aimed at implementing feminist urban planning at local level, in order to  develop innovative solution to improve socio-economically vulnerable urban areas. The overarching  aim of this thesis is to examine how the Botkyrka Project affected urban planning and decision making  at the local level, and provide a different tool to analyze participatory processes to juxtapose to the  UGM framework. More specifically, the aim is to examine the impact that the Botkyrka Project had on  the participants and the local actors, in terms of enhancing their opportunity to influence planning and  participate in decision making, and creating an opportunity to strive towards inclusive urban planning  practices.

The Capability Approach provided the basis for the analysis in the study, and was chosen based on the  strong resonance with the SDGs and the New Urban Agenda goals, which were both extremely  important in the UGM. Moreover, its focus on agency and human flourishing provides a very strong  analytical tool in gender equality considerations. The Capability Approach represents just one  interpretation of social justice, and of course is not the only one, nor the correct one per se. In particular,  distributive justice aims at answering three questions: “What is the community of justice?” “What is  being distributed?” , and “What is the principle of distribution?” (Dobson, 1988). Even though all of  those questions are important for this study, it is necessary to focus on the third one. Different principles  of distribution exist in the distributional justice spectrum, some of which include: needs, desert,  entitlement, equality, welfare, Rawls’ theory of “to the benefit of the least advantaged”, and finally,  according to capabilities (Dobson, 1988). There is no correct way to approach distributional justice,  thus, any of these methods could have proven more or less suitable for the purpose of this study.  Approaching this study through the lenses of the CA represents an alternative way of looking at the  problem at hand, and, as aforementioned, has been proven to be extremely suitable in that sense, given  its relevance to the study and its resonance with the UGM process, national and international policies.  Ultimately, the choice of a distributional justice framework falls under context-dependent information  and subjectivity.

The most important benefit of the project was not the idea that it could be implemented, but instead that,  in giving young women or men the opportunity to do something about their neighborhood. In order for  the process to have a long lasting impact in planning, it’s imperative that the outcome of the process  won’t stop at Botkyrka, but instead, by influencing participants, actors, municipalities and local  governments, it could result in a more inclusive decision making process. What can then be taken from  this, is that youth engagement could definitely increase participation in urban planning, but it’s the long  lasting impact would most likely not be direct. Instead, it is more likely, as the authors suggest, that this  represents one of the several puzzle pieces needed to create the “bigger picture”, one of the several steps  needed for a ripple effect to take place. Thus, a lot more work is needed, and it is fair to say that the next  step will be one of the most important ones, since many scholars and many projects laid the foundation,  and now the opportunity to benefit of their hard work is in our hands. Judging from the UGM plans for the  future, the next step will involve creating a platform to gather information on projects that apply  feminist urban planning methods: The #UrbanGirlsToolbox (Global Utmaning, 2019). This may help to  enhance transparency, leading to policy dialogues which might encourage the implementation of these  practices in local governments who aren’t experienced with these concepts.

Vittorio Esposito, wrote his master thesis about the #UrbanGirlsMovment. Read it here.

We recommend STHLM+50 Climate Hub in Stockholm May 31-June 5 by @WeDontHaveTime and @UNDP_Sweden. Brings together the foremost thinkers and doers in climate action. Hosted by our chairwoman @RJCatarina
#Stockholm50 #RaceToZero #WeDontHaveTime
https://www.wedonthavetime.org/events/sthlm50

How can we create resilient and sustainable cities?

Next week, Global Utmaning, together with @UNECE will organize a two-day event at the global conference H22 in Helsingborg.